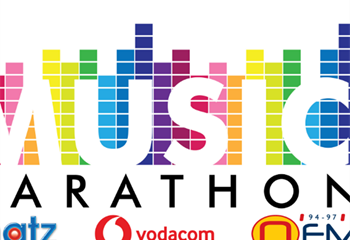 Photo Supplied
The second Music Marathon, presented by OFM, the sound of your life, Vodacom and Chatz Connect, hit the streets of Bloemfontein Saturday morning.

The raced kicked off at 5:30 with the 42,2km marathon, followed by the 21,1km half marathon, the 10km road race, and the 5km fun run. While there has already been some winners this morning, the blind T11 5000 m world record holder, Louzanne Coetzee, who recently came agonisingly close to breaking the 42.2 km world record during the Berlin Marathon, is amongst the runners today, as well as queen of the road, Kesa Moletsane.

Running coach, Rufus Botha, told OFM News that the atmosphere at Tempe Stadium in Bloemfontein is incredible, with supporters coming out in their numbers.

The Music Marathon is an official qualifier for the 2019 Two Oceans and Comrades marathons.

What is new in Farmer’s Weekly?

About the Writer:
JOSCA HUMAN


Josca is the AM newsreader and compiler for OFM. She comes from Port Elizabeth where her radio journey began at the tender age of 18 years old. When she is not at OFM, you can find her riding horses or being outdoors.