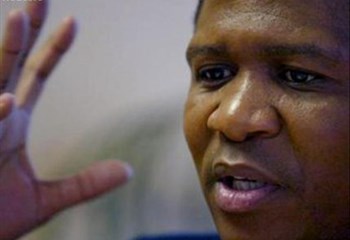 "All long-distance passenger rail services, both public and private, will stop operations for the duration of the lockdown. Services of Shosholoza Meyl, Premier Classe and Blue Train operated by Prasa and Transnet respectively, have already been suspended," he said at a ministerial press briefing.

Minibus taxis would be allowed to transport essential services workers and those allowed to make the necessary permitted movements, but would operate from 05h00 to 09h00 and again from 16h00 to 20h00.

Mbalula said as part of the relief measures for small businesses in distress, as announced by president Cyril Ramaphosa, taxis that had been financed via national taxi finance, administered by the small enterprise finance agency, would be granted a three month repayment reprieve.

The minister also announced that vehicle testing centres and drivers’ licence testing centres would be closed during the lockdown, and  should drivers licenses expire, they would remain valid until the end of the lockdown, with the grace period of renewal within 14 working days thereafter unless otherwise determined.

Mkhize clarified his earlier comment that dog walking would be allowed. He said that following a debate, it was agreed that the practise should not be allowed.

Police minister Bheki Cele said that dogs should be walked around the house.

He said that those that did not heed curfew would face a sentence of six months in jail or a fine, or both.

He added that two people had already been charged with attempted murder after they refused to obey self-isolation orders and continued to move around.

South Africa goes into its 21-day lockdown from midnight on March 26 to midnight on April 16.

The country has so far recorded 709 Covid-19 infections, with no deaths.