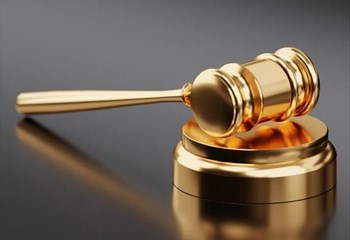 Twelve suspects accused of public violence in North West are expected to re-appear before the Brits Magistrate Court on February 17.

This, after they were arrested last week following taxi violence at the Behrens Taxi Rank. Their case was postponed for further investigations yesterday, and the suspects were remanded in custody.

It is alleged four taxis were pelted with stones and damaged during the unrest. Police spokesperson, Adéle Myburgh, says in a similar separate incident where about 40 taxis were damaged, a different group of suspects allegedly stormed the Behrens taxi rank, attacked individuals and damaged taxis.

She adds five men were injured as a result, and taken to a local hospital. Of the group admitted to hospital, one was admitted to ICU with serious head injuries and another died in hospital.

Myburgh says while eleven suspects were arrest on February 6, another was arrested over the weekend.

She says the suspects, aged between 16 and 60, are all facing charges related to murder, attempted murder, public violence, malicious damage to property and possession of dangerous weapons.

If you want to remain anonymous, you can also submit information on the MySAPSApp, or by calling the Crime Stop Hotline number on 08600 10111”

It is alleged that unrest at the taxi rank was caused by disagreements over taxi routes.

The North West Provincial Commissioner, Sello Kwena, has meanwhile condemned the incident and said police will not tolerate lawlessness and any acts of criminality.

About the Writer:
KATLEHO MORAPELA


Katleho Morapela is a journalist for OFM and a student of life.  She has completed a BA Honours degree in Communications Science with speciality in Media Studies and Journalism at the University of the Free State.  Her career into the broadcasting media started off at Lesedi FM asa programming content producer intern and later joined the team at OFM News. If she is not listening to radio, reading a book, or enjoying outdoor activities with friend and family, she is most probably with her little ‘bundle of joy’.