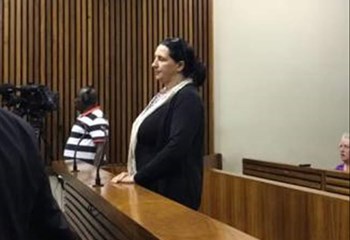 Momberg, a former estate agent, was found guilty of crimen injuria after she used the K-word more than 40 times during an altercation with a police officer in 2016.

A warrant for her arrest was issued on 1 August after she failed in her bid to appeal a crimen injuria conviction and two-year jail sentence.

Momberg was meant to hand herself over to police 30 days after her application.

Police went to two residences listed by her to the court but couldn't find her.

She was considered a fugitive until November when she handed herself over in Douglasdale.

Momberg is, however, now a free woman after she was released as part of the special remission of sentence announced by President Cyril Ramaphosa on Reconciliation Day in December.

Denosa could head to court over protective gear