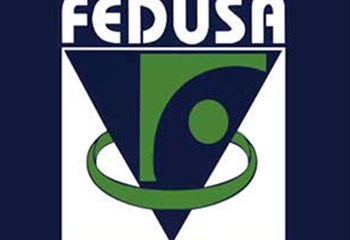 The Federation of Unions of South Africa (Fedusa) has welcomed the significant improvement in the 2019 matric examination pass rate to 81.3% from 78.2% in 2018, announced by Basic Education Minister Angie Motshekga on Tuesday.

FEDUSA Acting General Secretary, Riefdah Ajam, said the union was proud of the contribution of its members, the teachers from the Public Servants Association (PSA), the South African ABET Educators Union (SAAEU) and the Suid-Afrikaanse Onderwysersunie (SAOU) in achieving the highest pass rate in 25 years of democracy.

"The fruits of collaboration must, however, equally be acknowledged as the role of parents, teachers and learners alike, having demonstrated that a benchmark has been firmly set and the only direction now, is upward."

However, while it welcomed improvements such as the increase of Bachelor exemptions from 172 043 in 2018 to 186 058 in 2019, the union federation criticised the lack of "meaningful comparisons" of the results.

"There was no indication of what the target was, nor what interventions had been put in place to achieve that target given past experiences showing that the lack of properly trained teachers especially in the critical areas of mathematics and science teaching, was one of the main contributing factors.

"It would also have been very useful to explicitly compare the number of pupils who had enrolled in Grade 1 in 2008 compared to those who had progressed through the system to eventually write matric examinations in 2019.

"Such a comparison is of paramount importance as the high number of young people who drop out along the way - nearly 400,000 in the previous year - only adds to the youth unemployment crisis currently ravaging the country," Fedusa said.

It also said that the strong showing by largely rural provinces such as Mpumalanga, Limpopo and the Eastern Cape was commendable and might be the result of policy interventions, but that this achievement paled in comparison with the impressive 98.82% pass rate achieved by independent schools.

The Eastern Cape led with a 5.9% improvement from 2018 to achieve a pass rate of 76,5%, but the above comparison also indicated that socio-economic and infrastructural problems besetting schools in working-class and poor communities, continued to frustrate their progress.

Fedusa called on Motshekga and her provincial counterparts to ensure that structural impediments to effective teaching and learning such as late textbook deliveries, lack of electricity and running water; as well as pit latrines - that are health and safety hazards and death traps - did not persist into 2020.

"As a heightened spirit of positivity ushers both teachers and learners into the 2020 academic year, Fedusa calls on Minister Angie Motshekga to ensure that the spirit of success is catalysed through heightened collaboration and engagement, that will ensure that the doors of lifelong learning, competitiveness and innovation will redirect and catapult the South African economy into enhanced economic liberation," the federation said.

127 FS schools received pass rate of 98% and above