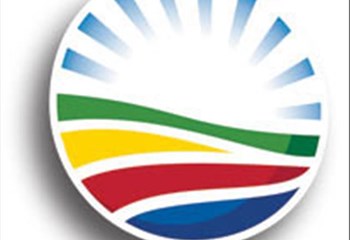 The proposed National Health Insurance (NHI) Bill is a deliberate attempt to nationalise health care in South Africa, and there are serious concerns as to the legality and constitutionality of the bill, Democratic Alliance leader Mmusi Maimane said.

The DA supported the move towards the provision of universal health care, which was non-negotiable in South Africa's unequal society.

"However, we disagree that the NHI is the way to achieve this. The NHI is a deliberate attempt to nationalise health care in South Africa, and it is based on this core aspect that we reject the bill.

"Moreover, it is both naive and irresponsible to have an academic debate about the merits of the NHI in the abstract. The debate must consider both this ANC government's dire governance deficiencies and its tendency to loot public money at every juncture. As with the approach to both property rights and land, and the SARB [South African Reserve Bank], this is a push for more state control and thus more inefficiency and corruption," Maimane said.

"We also have serious concerns as to the legality and constitutionality of the NHI bill, particularly around its impact on the constitutional mandate and power of provinces as it pertains to health services."

The DA had urgently requested that on behalf of parliament, National Assembly Speaker Thandi Modise instruct the parliamentary legal services to obtain a legal opinion on the bill.

There would be extensive legal scrutiny of the bill. The DA's alternative plan, Sizani, was a hybrid model, seeking to achieve various objectives, Maimane said.

Among other things, It would be funded through the current budget envelope which included the tax benefit currently afforded to medical aid clients; it would strengthen the role of primary health care in many communities; invest heavily in the provision of maternal and child health services and the training and provision of health care professionals; and reinforce the powers of provinces by ensuring they were adequately funded and equipped to provide quality health care to all.

Through these interventions, all South Africans would have access to a quality health system that provided them with a standard package of care across all facilities; medical aid companies would be used as a top-up measure for those South Africans who chose to use them and who could afford to do so. Ultimately this system would increase competition, drive up quality, and afford every South African the choice of which medical provider they wished to use.

"The DA has a workable alternative that will ensure all South Africans are provided with quality health care without crippling the economy," Maimane said.

Mboweni says no need to panic amid pilchards recall saga