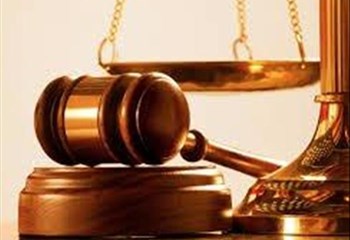 The North Gauteng High Court has dealt the Public Protector, Busisiwe Mkhwebane, yet another blow ordering her to in total pay 15% of the opposing parties’ legal fees in the judicial review of the Vrede Dairy farm.

In May, Judge Ronel Tolmay set Mkhwebane’s Vrede Dairy report aside declaring it unconstitutional and invalid. Tolmay, however, reserved her judgment on costs at the time pending the outcome of Mkhwebane’s appeal on the cost order against her in the ABSA/Bankorp matter in July. Today she delivered her much anticipated judgment on the matter granting the Council for the Advancement of the South African Constitution (Casac) and the DA’s application to have the embattled Mkhwebane pay 85% of the former organisation’s fees in her official capacity as Public Protector and cough up 7,5% for both applicants’ legal fees personally.

Casac and the DA each argued the report, released in February 2018, did not probe the leading role played by politicians in the controversial project, letting them off the hook. These politicians include former Free State Premier and current ANC Secretary-General, Ace Magashule, former Mineral Resources Minister, Mosebenzi Zwane and current Free State Social Development MEC, Mamiki Qabathe amongst others.

The North-West University (NWU) Law Professor, Elmien du Plessis, spoke to OFM News previously on the matter. She predicted Tolmay would rule in the applicant’s favour on the issue of costs. She explained the litigants would get a chance to argue before the Pretoria High Court if Mkhwebane’s Constitutional Court loss and scathing judgment impacts the Vrede matter or not. “Normally in cases like these where something is postponed, courts often wait for the constitutional court to deliver judgment on an important matter so that they can take guidance from that”. Du Plessis says Mkhwebane might rely on the minority judgment to defend herself but accurately predicted that it may not bode well for her as the cases and judgments are quite similar in nature.

PP hits out at FS official