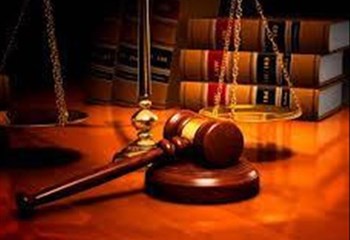 Fees Must Fall activist Mcebo Dlamini said on Thursday that he has applied for the case against him to be reviewed and settled out of court.

Dlamini appeared before the Johannesburg Magistrate's Court where he faces a range of charges in connection with the violent Fees Must Fall protests that began in 2015.

The student at Wits University, was arrested in 2016 and charged with violating a court order, public violence, theft, and malicious damage to property during Fees Must Fall protests. He was also accused of assaulting a police officer.

"We will continue to exhaust the available avenues to try and deal with the matter. We are not running away from going to trial, but we feel that this is not a matter that needs a criminal justice action. It's a matter that can be dealt with outside the precincts of the court," Dlamini told journalists outside court.

"It's a matter that can be settled out of court. And we are still trying to utilize available mechanisms like the TRC to say the university must come on board and the Minister of Education, we are writing to him as the complainant to ask if it is still relevant to prosecute today after four years down the line"

The court postponed Dlamini's case July 4, 2019 pending a response on his application from the national directorate of public prosecutions.

Dlamini said that attending the court case for four years had been an exhausting experience.

"I don't know how to feel anymore. It's been four years coming here as we have been coming to the very same court since 2016. I think we are now numb. We don't know whether we still feel pain or not. It's really draining and exhausting because our lives are standing still," he said.

"The people whom we protested with have graduated and left, so the people who are still on campuses don't know us and they don't know why we still come to court."

In August last year, Dlamini embarked on a gruelling 56.6km walk from Wits University in Johannesburg to the Union Buildings in Pretoria to ask President Cyril Ramaphosa to release student activists arrested during  Fees Must Fall protests.