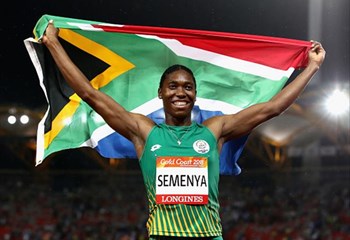 On Monday, a single judge of the Swiss Federal Supreme Court reversed prior rulings that had temporarily suspended the IAAF Regulations pending the outcome of Caster ’s appeal against the CAS (Court of Arbitration for Sport) Award.

In this latest decision, the Supreme Court emphasized the strict requirements and high thresholds for the interim suspension of CAS awards and found that these were not fulfilled.

This ruling will prevent Caster from defending her title at the World Championships in September 2019.

Caster commented: “I am very disappointed to be kept from defending my hard-earned title, but this will not deter me from continuing my fight for the human rights of all of the female athletes concerned.”

Dorothee Schramm, the lawyer leading Caster’s appeal, adds: “The judge’s procedural decision has no impact on the appeal itself. We will continue to pursue Caster’s appeal and fight for her fundamental human rights. A race is always decided at the finish line.”

2020 SPAR Grand Prix likely to be the closet yet