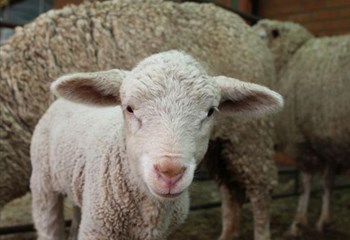 Photo: Sabrina Dean/OFM News
Bloemfontein - There have been numerous livestock disease outbreaks across the country in areas where good rains have fallen.

They have reported outbreaks of diseases including lumpy skin disease, three-day stiff-sickness and bluetongue, among others.

“We had big outbreaks of bluetongue affecting sheep. We see they have swollen heads, the necks are stiff and at the coronet, just above the hoof, there’s a red ring there.

“Everywhere where we had good rainfall we are seeing outbreaks, even in the Cape, but the Free State is very, very prone to these outbreaks.”

Northern Cape veterinary officials have placed Kuruman under quarantine after two cases of African Horse Sickness were positively identified there.

Malan says there is also great concern over a possible upsurge in Rift Valley fever, which is a disease that can also be transferred to humans.

“I hope we won’t see Rift Valley this year but if I look at what’s happening I am very worried that we will have Rift Valley fever outbreaks.

“It is also a zoonotic disease – we lost some people with the last outbreak and there were lots, lots of sheep that died. Cattle can also contract it.”

Malan says there are also huge problems with wireworm and they are still trying to understand the complexities of e-coli and protozoa infections that caused tremendous losses.

He is also urging farmers to protect against internal and external parasites, as well as insects or arthropods such as ticks, midges and other biting bugs.

The full report on livestock disease trends for December 2016 can be downloaded here:

You can also find detailed maps in this document:

About the Writer:
SABRINA DEAN


Sabrina Dean is a true nature's child, in love with the outdoors, animals and beautiful things. She was born and bred in Pretoria but recently relocated to Bloemfontein and is wondering where the Free State has been hiding all her life. She has a fantastic partner, three dogs and two horses. Her greatest dream is to set foot on every continent at least once in her life.