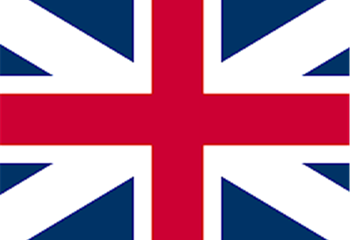 Britain goes to the polls on Thursday to determine the immediate future of Brexit, in a vote described as the most important in a generation.

More than 4,000 polling venues across England, Scotland, Wales and Northern Ireland, including a windmill, several pubs, a hair salon and a chip shop, open their doors at 7am for a day of voting until 10pm.

All eyes will be on the winter weather, with forecasts of near-freezing temperatures, rain and even snow that could affect turn-out in the first December election in nearly a century.

Up for grabs are all 650 seats in the British parliament, which has been deadlocked since the 2016 referendum on EU membership that saw a majority vote to leave.

Prime Minister Boris Johnson, who took over from Theresa May in July after she was unable to get parliament to approve her EU divorce deal, is hoping to secure both a mandate and a majority.

Johnson's Conservatives need just nine more seats for a majority, which would allow him to push through his own Brexit deal with Brussels and take Britain out of the union by the end of January.

Johnson said Thursday was a chance to end more than three years of political deadlock and uncertainty.

"Just imagine how wonderful it will be to settle down to a turkey dinner this Christmas with Brexit decided," he said in a final message to voters.

Victory would make its 70-year-old leader Jeremy Corbyn the first Labour prime minister since Gordon Brown in 2010 and the oldest first-time premier since Viscount Palmerston in 1855.

Corbyn is proposing to renegotiate softer exit terms with Brussels within three months and put them to a new referendum, alongside an option to remain in the 27-member bloc, after a three-month campaign.

A franchise extension would enable millions of EU nationals in Britain to vote in the referendum.

Corbyn said Britain was at a crossroads and the election was "truly historic".

"Vote for hope. Vote for real change," he said.

Electoral bodies to discuss risks and benefits of social media

Queen agrees Prince Harry and Meghan can go it alone

US House to vote on preventing Trump from Iran war