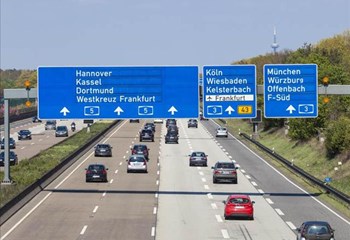 An 8-year-old boy who earlier this week was busted for a high-speed joyride on the German autobahn stole his mother's car again, this time crashing it.

Police said Friday the boy stole the keys to the Volkswagen Golf at about midnight and drove through the streets of Dortmund 50 kilometers (31 miles) from his home in Soest.

"Red traffic lights and traffic laws in general did not seem to interest the driver," police said in a statement. The boy reportedly reached speeds of up to 180 kilometers an hour (110 miles an hour) on the highway.

The grade-schooler's adventure didn't end very well. Police found the boy in a parking lot along a motorway, where he had crashed into the trailer of a parked truck. Nobody was injured but the Golf was badly damaged.

On Wednesday, police reported that the same boy said he "just wanted to drive a little" when he took his mother's car for a late night drive. He reportedly pulled the car over to the side of the road after feeling uncomfortable traveling at speeds of up to 140 kilometers per hour.

Police said the boy, who has experience driving bumper cars and go-karts, will now be provided psychological counseling.