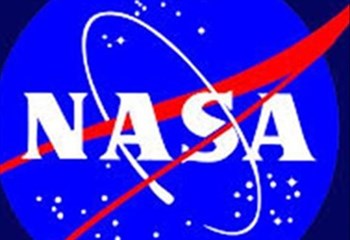 Identity theft may have entered the final frontier if accusations from a woman against an astronaut are true.

Worden filed a complaint with the Federal Trade Commission, accusing McClain of identity theft and unauthorised access to the bank account, according to The New York Times. Worden claims McClain broke into her bank accounts while she was aboard the International Space Station, the newspaper reported.

Through her lawyer, McClain admitted she had accessed the bank account from space on a computer system registered to NASA, the Times reported. However, McClain said she was merely keeping tabs on the couple's still intermingled finances, the newspaper reported.

"I was shocked and appalled at the audacity by her to think that she could get away with that, and I was very disheartened that I couldn't keep anything private," Worden told KPRC.

McClain's attorney, Rusty Hardin, told the television station in a statement that "family cases are extremely difficult and private matters for all parties involved."

"Neither Anne nor we will be commenting on this personal matter," Hardin said. "We appreciate the media's understanding and respect, as maintaining privacy, is in the best interest of the child and family members involved.

In a statement to KPRC, NASA said it had no comment on the matter.

"NASA has no statement on this and does not comment on personal or personnel matters. Anne McClain is an active astronaut."

NASA officials told the Times they were unaware of any crimes committed on the space station.

McClain, who returned to Earth in June after her six-month mission, took an under-oath interview with NASA's Office of Inspector General last week, the newspaper reported.

"She strenuously denies that she did anything improper," Hardin told the Times.

Hardin told the newspaper the bank access from space was an attempt to make sure there were sufficient funds in Worden's account to pay bills and care for the child they were raising. Hardin said McClain continued using the same password and claimed she never heard an objection from Worden, the Times reported.

The fight from space might be the first case, but Mark Sundahl, director of the Global Space Law Center at Cleveland State University, said it probably will not be the last one.