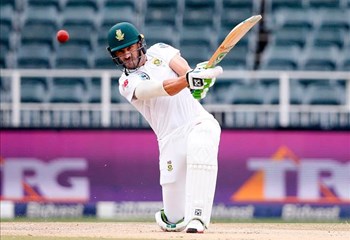 Faf du Plessis - Cricinfo
The Proteas captain, Faf du Plessis is relishing the prospect of competing in the inaugural ICC World Test Championship which is poised to get underway on August 1, 2019.

The new format will present an exciting challenge for Du Plessis and his men, and it is something the skipper is looking forward to as the Proteas begin their bid to become the ICC World Test Champions with a thrilling task of playing away from home against No. 1 ranked India as they look to defend the Freedom Trophy.

“The ICC Test Championship is something new and quite exciting for this format,” commented Du Plessis. “For the last while we have longed to have something to play for that gives proper context to Test cricket. The Proteas have had some cracking contests in bilateral series over the last couple of years and going forward, the stakes are high because every series matters over a period of two years with it culminating in a Final at Lord’s.

“It’s refreshing; as the players, we are looking forward to this new chapter of Test cricket,” says the Proteas skipper.

“We have a tough assignment to start with against India away playing for the Freedom series. We beat them at home last season but playing against India in India is probably one of the toughest challenges for an international player. We then have the current World Champions England at home, this is always a cracker of a series during our summer and one that we look forward to. We probably have the toughest start, but everyone will play everyone, so it doesn’t really matter.”

The World Test Championship will be the World Cup of Test cricket, similar to the ODI and T20 World Cups, and will feature the world’s top nine Test-playing nations. Over the next two years, the world’s best will work their way through the Championship to get to the top. Two nations will rise above the rest and in June 2021, the true champion of Test cricket will be named. Each team will play six of the other eight teams over the next two years. Every victory, every loss and every draw will count in the league standings.

Du Plessis, who has an impressive record as Proteas captain is pleased with the new format as it will go a long way in preserving the culture of Test cricket and inspire the generation of young players.

“I feel Test cricket is in a healthy state. The players who play all three formats will attest to the fact that Test cricket is the purest format of the game and it is still the No.1 format. The younger generation may enjoy the hustle and bustle of T20 cricket but when a Test match goes down to the final hour on the fifth day, that entertainment is hard to beat!”

The home series for the Proteas will see them take on England at home in December and January for the Basil D’Oliveira Trophy as part of the Test Championship. Cricket fans can see them live all over South Africa from 26 December to 16 February 2020 with the opening Test match on 26 - 30 December at SuperSport Park followed by the New Year’s Day Test on 03 - 07 January at PPC Newlands. The 3rd Test will be at St George’s Park between 16 - 20 January and the finale will be back on the highveld at the Bidvest Wanderers 24 - 28 January.