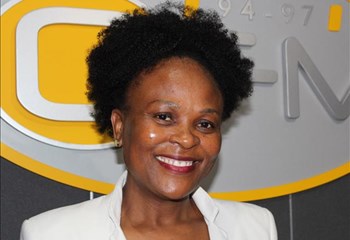 The Office of the Public Protector refutes allegations that investigators in the Free State and Northern Cape are without vehicles.

It announced instead that a batch of newly purchased vehicles has been dispatched to offices across the country in February. This as employees in the above-mentioned provinces, notably Sphelo Samuel, have accused Public Protector Busisiwe Mkhwebane of placing her office in deep financial ruin due to mismanagement and reckless litigation. In a scathing letter sent to National Assembly Speaker, Thandi Modise, Samuel says the financial constraints are evidenced by the lack of vehicles for investigators.

Mkhwebane’s spokesperson, Oupa Segalwe, vehemently dismissed the allegations, explaining that previously the office of the Public Protector used to hire out vehicles from a renting company for investigators to use when probing cases. It was decided two years ago that Mkhwebane’s office wouldn’t renew their rental agreement, looking instead into procuring their own vehicles. Segalwe assures the public this has been done. The vehicles have been branded and dispatched to offices around the country.

Last week disgruntled employees informed several media outlets, including OFM News, that the Public Protector’s Northern Cape offices are in a state of disarray, which has compromised the rendering of services to the people of the vast province. It is reported that at some point in the new year, the Northern Cape offices’ servers were down, making the menial task of sending an email, impossible. Telephone lines have also not been working at the Kimberley office in particular for at least two weeks. The Upington office, on the other hand, has allegedly been rendered non-functional.

It’s alleged the regional office in Upington is dealing with a backlog of cases that haven’t been attended to for more than two years due to there being only one investigator in the region. She and a regional manager are the only employees at the office at this stage. Segalwe says they are fully aware of the above-mentioned issues, describing them as nothing more than hiccups that have either already been resolved or will be resolved shortly. Segalwe says the offices in Kimberley and Upington are fully operational and have, in fact, managed to conclude investigations into four cases that formed a part of the batch of reports released by Mkhwebane earlier in February 2020.

“If you’re teetering on the brink of collapse, you couldn’t produce that kind of work,” says Segalwe. The spokesperson blames the technical glitches and issues with the Upington office on nothing more than load-shedding, severe thunderstorms, and unrealistic expectations.

According to Segalwe, load-shedding crippled servers at their headquarters, forcing their offices countrywide to function with inconsistent internet access. He says they are negotiating with the landlord where the Public Protector’s national office is housed to procure a back-up generator to protect the office from the frequent bouts of load-shedding. The email system is now back to normal. The Kimberley offices are running on pool cell phones as a temporary measure to keep in contact with complainants. This after the phone lines were hit by lightning towards the end of January 2020. Segalwe says they are in the process of legally and ethically procuring a service provider to fix the problem and this takes time.