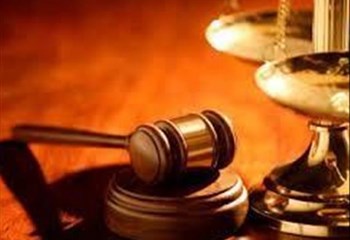 The Director of Public Prosecutions (DPP) must decide whether the trial of an illegal Lesotho immigrant, accused of killing a Free State Hawks official, will continue in the High Court in Bloemfontein.

This as Romelete Masiu (30) is today appearing in the Bloemfontein Magistrate's Court. Masiu is accused of killing Captain Qeya Jonas Tshabalala (52) in 2018 in an ambush after Tshabalala responded to a complaint in Phelindaba. The accused, who admitted that he is in the country illegally, is facing at least eight criminal offences, which include robbery and murder, committed between 2018 and 2019. Masiu was arrested in August 2019 after evading arrest in 2018 while in hospital, attending to the gunshot wound he sustained during the shoot-out with Captain Tshabalala.

Masiu has been a regular feature in crimes around Park Road and Bloemspruit, which include murder, attempted murder, and business robbery, committed with unlicensed firearms. Masiu and his accomplice, Sprinkaan Maema, who is serving a 33-year jail sentence, is accused of killing Tshabalala in 2018 after they fatally shot him whilst he was attending to a complaint in Phelindaba in Mangaung.

Masiu is alleged to have committed another two crimes around Park Road, two at Bloemspruit, and one at Kagisanong, apart from allegedly killing Tshabalala. He previously admitted to De Vries that he is in the country illegally.

PP hits out at FS official

About the Writer:
LUCKY NKUYANE