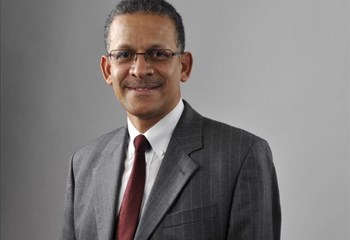 Speaking to OFM News more than three months before he takes up the position at the Northern Cape based tertiary institution, Professor Andrew Crouch reveals engaging with rural communities forms a part of his strategy to ensure student success, which is amongst five of the goals he has set himself over the next five years.

He says in addition to the plans that were already set in motion by his predecessor, outgoing VC, Professor Yunus Ballim, to establish a Sol Plaatje University campus in the Carnarvon area, he does plan on visiting as many schools as he can in the rural Northern Cape in an effort to spread knowledge of the institution and draw the youngest and brightest minds from the province to the institution.

When probed on the inspiration behind the jump from an institution nearly 100 years old like Wits, to one that is still developing albeit at a rapid pace, Crouch kicks off his answer with some pragmatism, stressing the two institutions cannot be compared, “Wits is a research intensive university while at Sol Plaatje programmes are being established, the university is growing rapidly and a big infrastructure programme is being developed to keep up with this growth”.

He says the Northern Cape based institution needs to focus on the scholarship of teaching and learning in part by establishing niche base programmes and building the reputation of said programmes. Having had been Dean of the Science Faculty and Vice-Chancellor responsible for academics at Wits, Crouch is well acquainted with “establishing teaching and learning and entrenching it”.

Ultimately the aim is that Sol Plaatje will become a research intensive institution, and so one of his five goals is establishing structures for research in particular, desert studies. “Kimberley is in a semi-desert area, a water stressed environment, a very arid environment, I think desert studies is a niche area for this country. We know so little about our deserts, but half of the country is in a semi-desert area” says Crouch.

In 2014, SPU registered 124 students. In 2020 almost 2,000 students, will be registered including 72 postgraduates, an indicator the institution is indeed growing rapidly and has to be steered with growth in mind.

1. He was an avid cyclist as a young man and hopes to pick it up again when he starts living in Kimberley.

2. He is a Kimberley native and in fact still has family living in the Northern Cape capital

3. The current location of Sol Plaatje’s Kimberley main campus used to be the grounds of the Williams Pescod Secondary School, which Crouch attended before going off to university.

4. He and SPU Chancellor Judge Steven Arnold Majiedt both attended this school.

Crouch takes over from Ballim in April 2020.