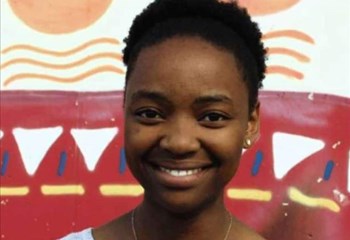 Ayakha Melithafa PHOTO: The South African
A young climate activist from Eerste River in Cape Town got yet another mention from President Cyril Ramaphosa during his State of the Nation Address.

She, however, has questions about how serious Ramaphosa is about taking action. The 17-year-old Ayakha Melithafa represented South Africa at the World Economic Forum in Davos last month and this young African Climate Alliance member took on world leaders over their failure to urgently act to combat climate change. As he did at last year's SONA, President Cyril Ramaphosa took a moment last night to mention her efforts again shortly after announcing several new plans to tackle Eskom’s power generation crisis, but those plans stop well short of a commitment to use only renewable energy, a pledge Melithafa was hoping to hear this time around. Here is Ramaphosa…

That was pres. Cyril Ramaphosa only on Before Dawn.

Weird Wide Web - The joy of having a toddler
Posted on: 03 Apr 2020
READ MORE
Hide Footer