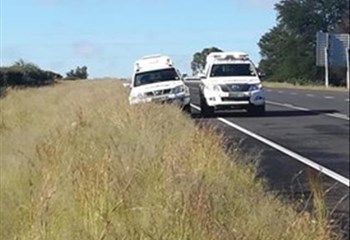 The Free State police in the Welkom area are clamping down on stock theft with various arrests made recently.

In the latest arrest, five male suspects, including a 69-year-old pensioner, was arrested on a road in the farming area between Steynsrus and Senekal, transporting alleged stolen sheep carcasses. Police spokesperson, Stephen Thakeng, says the suspects travelling in two separate vehicles could not provide the police with proper documentation of the carcasses they had in their possession. He says these arrests follow a number of other arrests in the area.

He urges community members to travel with valid documentation when transporting livestock or meat. He also appealed to farmers to brand their animals and do regular head counts and report cases of stocktheft to their respective police stations.

That was the Free State police spokesperson, Stephen Thakeng, only on Before Dawn.