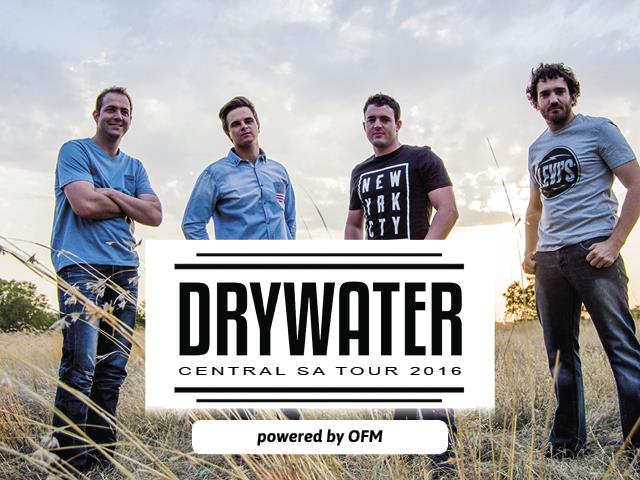 
Bloemfontein rockers, Drywater, are coming to a town near you in August!

This 4-piece rock band, which started out as a cover band under the name Cable Chord, are rocking audiences across the country with their own brand of alternative music. Influenced by Alter Bridge, Creed, Seether, and Nickleback, the live performance by Hanno Mol (Rythm Guitar/Vocals), Bernard Mol (Bassist/Backing Vocals), Rudi van Niekerk (Lead guitar) and Bernard Britz (Drums) is sure to get you on your feet!

Don’t miss Drywater doing what they do best – living their passion for music, live on stage:

Tickets are available at the venues.