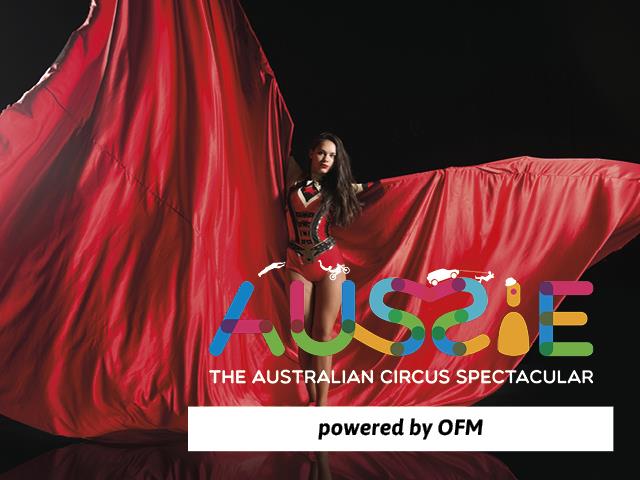 After debuting across the shores of South Africa with sold-out and extended shows in Cape Town, George, Port Elizabeth, East London, Durban, Pretoria, Sandton, Bloemfontein, and East London, AUSSIE will make its way to Welkom for a two-week stopover, setting up shop opposite the entrance to the parking at Goldfields Mall from Friday 29 July until Sunday 07 August, 2016 - that is an action-packed limited show season for you to find out what everyone has been talking about!

Bear witness to one of the only surviving human cannonball acts in the world, the splitting globe of death, FMX stunts from the daring riders, alongside stunning acrobatic performances on the ground and in the air. All of this is tied together by hilarious slapstick comedy, mysterious illusions and a circus atmosphere that cannot be trumped!

Come escape to the Land of Oz and say G'day to the AUSSIES!

Tickets are now available online at Computicket (http://goo.gl/9F6GXd), and range from R200-R400 for adults and R150-R350 for children and groups of 10 or more adults booking together.

Tickets can also be collected in-store at Computicket outlets, Shoprite, Checkers, and Checkers Hyper stores; or on-site at our Computicket front desk.