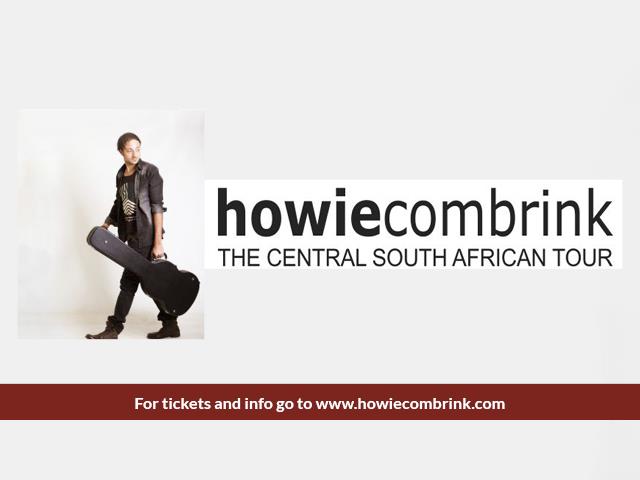 Experience one of South African music’s best-kept secrets… Multi-instrumentalist Howie Combrink presents his own style of acoustic funk reggae folk in venues across Central SA in May!

For more info on a show in your town or city, go to http://howiecombrink.com/

Proudly supported by OFM, for the concerts of your life!

Regretfully, Michael Lowman will no longer be performing on Howie Combrink's Central South African Tour as he was in an accident over the weekend. Michael sustained a head injury and has severe concussion. He has been booked off by his doctors for the next two weeks, while he recovers. Michael wishes Howie all the best for the remainder of the tour and hopes to meet all his fans out on the road again soon. Len Muller will replace him for the Mystic Boer Potchefstroom show on Thursday 12 May and replacement artist/s to be announced for the Bethlehem and Welkom shows.