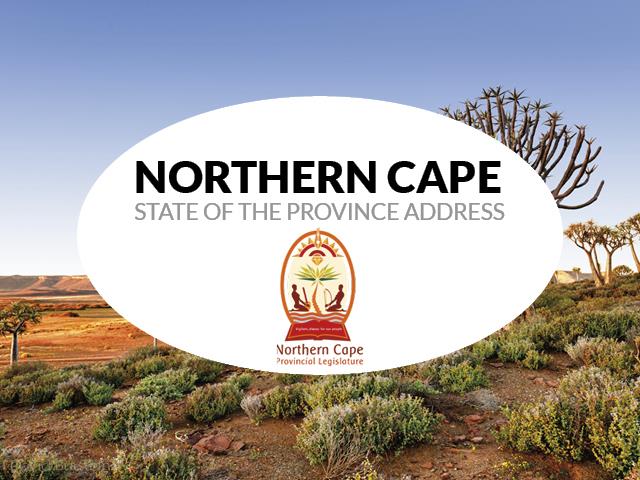 Friday, the fifth of July, Northern Cape Premier, Dr Zamani Saul, will deliver his 1st State of the Province Address of the 6th Legislature, during the Official Opening of the 1st session at Mittah Seperepere Convention Centre in Kimberley from 11am.

For updates, tune in to OFM, follow @OFMNews9497 on Twitter and listen to the live stream on ofm.co.za.

Made possible by the Northern Cape Provincial Legislature - “building a people-centered, modern and Activist Legislature”.

This year’s State of the Province address (Sopa) in the Northern Cape is expected to cost “substantially less” than the R1.78 million budgeted, with many of the frills being cut.

Instead of the traditional three-course meal, only one course will be served in a “cinema-style” seating, while VIPs will be served the same food as non VIPs.

This is according to Carmen Gopane, spokesperson for the Northern Cape Provincial Legislature, who said that the projected budget amount for Sopa was approximately R1.785 million, while the estimated cost was under R1.5 million.

“This year, however, it is anticipated that the expenditure will be substantially less than this amount, as many of the frills have been reduced for the 6th legislature Sopa.”

The Opening of the Provincial Legislature, also known as the State of the Province address (Sopa) will take place on July 5 and a total of 3 000 people are expected to attend the event.

Gopane pointed out that as this year’s Sopa marks the start of the 6th democratic legislature, after the general elections held in May, the event would provide citizens of the Northern Cape with an opportunity to hear first-hand the vision for the province and the government’s plan of action for the next five years.

“The ceremony will take the form of a formal House Sitting.”

Gopane said that as with many other cost-cutting measures that will be implemented this year, Sopa will be a “little bit subdued”.

The budgeted costs for Sopa include catering, transport costs, venue hire related services, entertainment (preference is given to regional artists), accommodation for regional delegates (a total of 120 delegates - 30 from each of the four districts), live broadcasts on all eight community radio stations, print adverts, live streaming (on government websites and social media platforms) and the OFM outside broadcast.

“No invitation cards will be printed and all invites will be distributed electronically to save printing costs while our in-house photographic services will be utilised,” Gopane stated.

“The reality is that only a limited number of 3 000 people is targeted to attend the event but because Sopa should be made accessible to all citizens, noting the vast geographical spread of the province, a lot of focus will be placed on getting the message transmitted to various audiences utilising different communication platforms.”

Gopane added that this year the focus of the Sopa would be on celebrating the 25th anniversary of democracy and freedom. “It will provide an opportunity to reflect on the country’s and Province’s successes and challenges in order to improve the lives of the people.

“The Northern Cape Provincial Legislature will also celebrate the Silver Jubilee anniversary of South Africa’s freedom and democracy, which is underpinned under the theme ‘Building a People-centered, Modern and Activist Legislature’.”