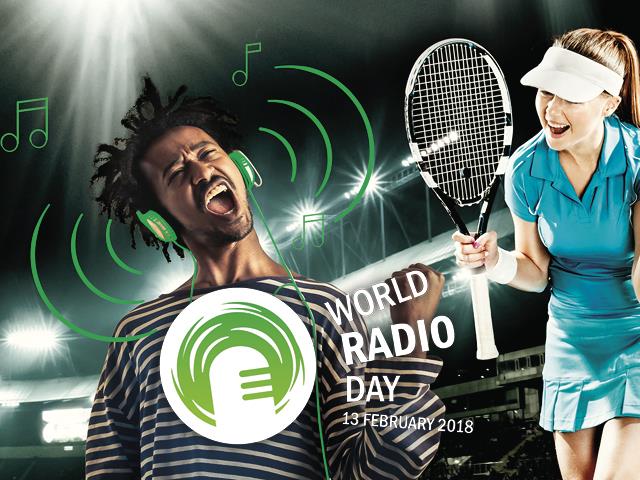 As this year’s theme is ‘Radio and Sports’, OFM celebrates the art of sports commentating in commemoration of World Radio Day 2018.

Tune in on the 13th of February for a day filled with fun and to hear from legends in the biz.

This year, we would also like to honour women for their pioneering work in the South African industry. Vote for your favourite female sports commentator in the poll at the bottom of the page. These talents all found their feet in the radio industry, and some still broadcast on the medium today. Carol Tshabalala - award winning South African sport television presenter, MC, Radio Presenter and Ring announcer (boxing). Carol currently is an anchor for Supersports various programmes in football, boxing and Rugby and is a regular feature on their channels. She is fluent in English and French. Lebo Motsoeli (Mabena) - award winning television presenter, voice-over artist, scriptwriter, producer and one of the top two women in sports broadcasting. She is currently the only female soccer sports anchor on the SABC sport platform. She hosts' live football matches on weekends on SABC 1. Elma Smit - rugby anchor for SuperSport and as the marketing manager of South Africa’s rugby players’ association, MyPlayers. She rose to fame after winning SuperSport's 2011 Lady Rugga presenter search, which saw her hosting segments for the broadcaster during the 2011 Rugby World Cup in New Zealand. Natalie Germanos - the voice of cricket on South African radio and has also branched out into commentating other sports such as tennis. Variety is the spice of life and Germanos believes it’s an essential ingredient to a long and lasting sports broadcasting career.

On 14 January 2013, the United Nations General Assembly formally endorsed UNESCO’s proclamation of World Radio Day. During its 67th Session, the UN General Assembly endorsed the resolution adopted during the 36th session of the UNESCO General Conference, proclaiming 13 February, the day United Nations Radio was established in 1946, as World Radio Day.