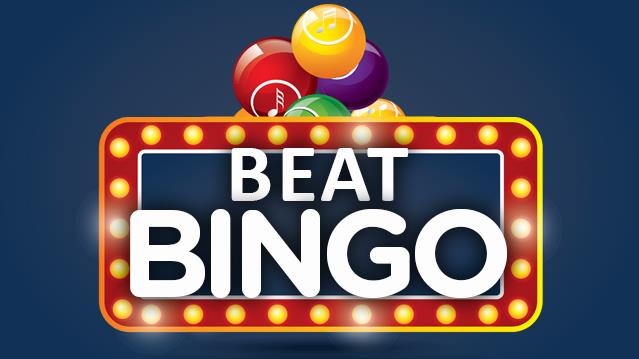 Follow the beats of our featured artists and you could be in for a bonanza with Beat Bingo!

On selected Fridays, OFM will play ten songs from a certain artist, of which you will need to identify the order. Each song is essentially worth R500, and there are four chances to win.

And, we’ll let you keep any winnings you've accumulated throughout the day because 2022 is all about #Twenty20You.

To enter, SMS ‘bingo’ and the song names of the featured artist you heard, in the order that they played, to 36636 (R1.50).  Remember to include your name and town/city.

For example, if Tina Turner is the featured artist and you're entering the competition during the 06:00 – 09:00 slot, your entry should look like this: Bingo Simply the best, Private Dancer, We don’t need another hero. Sanette, Kimberley.

*Important: to qualify for the R5000 prize, all ten(10) song names must be sent in the correct order on one SMS with your name and town/city. You need not include the artist name but remember to start your SMS with the keyword ‘Bingo’.

Stay tuned and follow OFM’s social media to stay updated on when the next Beat Bingo will take place.

The 19 August 2022 edition of Beat Bingo is proudly made possible by Emerald Resort & Casino on the banks of the Vaal River in Vanderbijlpark.

Our featured artist this Women’s Month is the reigning queen of female artists… Beyoncé!

Beyoncé Giselle Knowles-Carter is an American singer, songwriter, producer, and actress. Beyoncé performed in various singing and dancing competitions as a child. She rose to fame in the late 1990s as the lead singer of Destiny's Child, one of the best-selling girl groups of all time. Following the 2006 disbanding of Destiny's Child, Beyoncé launched a hugely successful solo career. She is one of the world's best-selling recording artists, having sold over 160 million records worldwide. In 2014, Billboard named her the highest-earning black musician of all time, while in 2020, she was included on Time's list of 100 women who defined the last century.