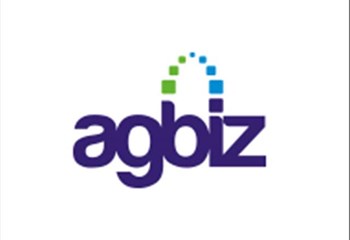 Lower agricultural output because of severe drought and subdued trade activity caused by a ban on exports of animal products following the outbreak of foot-and-mouth disease, contributed to agriculture's underperformance last year.

This is according to Wandile Sihlobo, economist at the Agricultural Business Chamber, Agbiz, who is of the opinion it is difficult to predict if these factors will have a continuous impact on the industry this year. He says the South African Weather Service expects below normal rainfall in areas between this month until March this year. This and the fact that farmers planted maize and sunflower beyond the optimal planting period this season can have a negative impact on crop yields in areas. He is of the opinion that pollination can now take place later than normal. During this process, crops need increased moisture levels.

The situation in drought-stricken regions of South Africa has shown a slight improvement due to recent rain contributing to the improvement of low dam levels. Sputnik Ratau, the spokesperson of the Department of Water and Sanitation, says dam levels in North West, which had torrential rains, have shown a general level improvement of 4%. The Klipvoor and Swartruggens Dams are bursting at the seams with levels at 104,5% and 101,2% respectively. Good rain has also improved levels in the Free State, while dam levels unfortunately dropped by 3% in the Northern Cape. Ratau, says recent heavy rain along the coastal belt of the Eastern Cape has started to stabilise the dire water situation in this drought-stricken region, with dam levels improving from 47,2% to 47,3%.

An application by a group of about 50 emerging farmers and other stakeholders to lift a nationwide ban on livestock auctions will be heard in the North Gauteng High Court on Tuesday. The ban was implemented by the Department of Agriculture, Land Reform and Rural Development last year after foot-and-mouth disease (FMD) was detected in Limpopo. The applicants are seeking the ban to be lifted in eight of the country's nine provinces where the disease has not been reported, saying minister, Thoko Didiza's decision to implement the temporary ban,  was irrational. The DA's Noko Masipa, a member of the portfolio committee for the department, welcomes the applicants' decision to follow the legal route. The department prohibited the gathering of cloven-hoofed animals from two or more properties for distribution to more than two properties late last year. It was published in the Government Gazette on December 4.

#Agbiz: Drought and biosecurity led to underperforming agri-sector in 2019