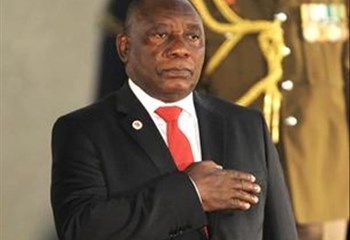 The State of the Nation Address (Sona) had to be briefly suspended on Thursday evening, as proceedings descended into chaos over the EFF’s repeated calls for Public Enterprises Minister Pravin Gordhan to be fired.

The group also pleaded for former President, FW de Klerk to leave the House. None of these demands came to fruition, but for more than an hour, South Africans watched on in frustration as politics and factionalism effectively gagged the sitting president.

OFM News spoke to Dr Sethulego Mathebesi who weighed in on his perceptions of the chaos and Ramaphosa’s eventual address.