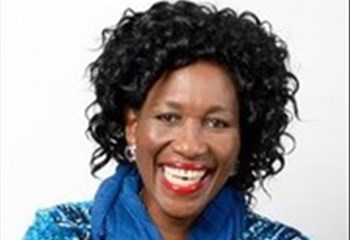 Photo of Thandi Ndlovu courtesy of the Thandi Ndlovu Children's Foundation.
Tributes are still pouring in for well-known businesswoman and medical doctor Thandi Ndlovu after she succumbed to injuries sustained in a horrific car crash in Rustenburg, North West on Saturday, August 24.

The ANC has released a statement on Ndlovu’s legacy following her death describing her as a “vibrant passionate member” of the movement.

She was a veteran of the ANC’s military wing, uMkhonto weSizwe (MK) and a successful businesswoman having founded the Motheo Construction Group in the late 90s. She was CEO of said construction company for years and was named the 2017 Woman of Substance by the African Women Chartered Accountants.

The Black Business Council (BBC) has expressed shock at her death, adding they are “particularly saddened as we have lost a selfless leader, who put the interest of others before hers”. She also founded the Thandi Ndlovu Children's Foundation.

Ndlovu was the fourth person to lose their life in the head-on-collision. ER24 spokesperson, Werner Vermaak tells OFM News, paramedics arrived at the accident scene just after 6 am in the morning.

Two elderly men from the first vehicle and the driver of the vehicle Ndlovu was in were all declared dead on the scene.

Werner says Ndlovu who was seated in the back of the second vehicle sustained serious injuries but was stabilised and taken to Medicare Hospital for care. She later succumbed to those injuries in hospital.

It is reported she was headed to a funeral.